Things to do wherever you are! 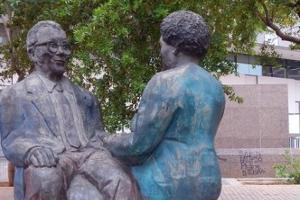 Enjoy a walking tour through the heart of the Johannesburg city centre, with a visit to a well-known craft brewery and other historically significant sites.

Enjoy a walking tour through the heart of the Johannesburg city centre, also referred to as the city of gold. Visit a well-known craft brewery, to experience the tastes and craftsmanship of the newly established craft beer industry. Walk past Chancellor House, from where Nelson Mandela & Oliver Tambo ran the first black legal practice in the country during the 1950’s. Continue to The South African Breweries (SAB) founded in 1895, South Africa’s top brewer and leading distributor of beer, then the Johannesburg City Library that opened in 1935, designed by architect John Perry in an Italianate style and regarded as one of the most impressive buildings built in the city during the 1930’s. Walk past Luthuli House, the headquarters of the African National Congress, followed by the Johannesburg City Hall, an Edwardian building constructed in 1914, the Rissik Street Post Office, built in 1897 during the time of Paul Kruger, the Anglo American Corporation founded by Sir Ernest Oppenheimer in 1917 and Beyers Naude Square (formerly Market Square). Finally we continue to the Johannesburg Magistrate Court, scene of two car bomb explosions in 1987, during the ANC’s armed struggled against Apartheid. Our walk concludes at the clay sculpture of Walter and Albertina Sisulu, prominent activists during the Apartheid era. The sculpture depicts their love for each other and the South African nation.

What should I wear?